8 Things You Need to Know Before Getting a Divorce 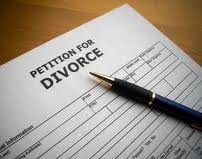 Divorce involves a legal action to terminate a marriage. It encompasses the decision of the court to dissolve the marital union, as well as the legal responsibilities that accompany marriage. There are various processes and sanctions during divorce, depending on the country, and based on the US Census Bureau data, the number of divorce cases is constantly rising, with a 2.4 million increase in 2012. In addition, according to the American Psychological Association, around 40-50% of marriages end up in divorce.

There are various reasons why couples resort to divorce. It can be due to frequent arguments between the couple, and the apparent lack of commitment to the relationship. Others simply marry at a very young age, and they are not prepared for the responsibilities that accompany married life. The couple also could have been disillusioned by their married life because of the high expectations that they set before the marriage, or the situations that they never expected to happen during the course of their marriage. A lack of preparation can also be a reason for divorce, since it results in the inability to meet the demands of married life. Other cases of divorce are caused by infidelity, while others are brought about by an abusive relationship.

Although couples who get divorced look forward to a happier life after the process, getting divorced can have setbacks on the physical, mental, social, and emotional health of both individuals. They can either lose or gain weight because of the strain brought about by the situation; they tend to rely more on alcohol and drugs, and they usually suffer from various health problems. In addition, they are more prone to psychological stress and depression, which results in lower self-esteem and poor psychological health.

Another part of the couple’s life that is greatly affected by the process of divorce is their social life. After a divorce, individuals are more likely to avoid engaging in social activities because of the overlap in their social circles,  such as in-laws, neighbors, and most of their friends. The social awkwardness brought about by the situation causes the individuals either to avoid their friends, or causes their friends to avoid them. This later leads to cutting social ties, and, eventually, to a loss of emotional support, which causes the divorced individual to become more reclusive and experience loneliness. However, there are still differences in the social engagements of divorced people, as some tend to be more outgoing after a divorce, and because of their new outlook they are once again living a single life.

Other than the couples involved, children are the ones who are greatly affected by the divorce process. Generally, the relationship of the parents even before the divorce is another crucial factor on the children’s psychological well-being, aside from the children’s situation after the divorce. Children with divorced parents are more prone to develop smoking habits and use illegal drugs. They also tend to perform poorly in school, with some children completely drop out of school after their parents divorce. These children sometimes have difficulty in relating to other people because they have lower self-esteem, and they become more anxious and depressed.

Divorce is not something that is done out of impulse. It is a situation that calls for several months of planning before even considering the case, simply because of the negative emotional and financial impacts that it will bring. To have a higher chance of proving the case means to be financially stable as well. One must have enough funds for all the costs of the process, which include lawyers’ fees, paperwork, and other various expenses. The individuals must both be prepared for the consequences of divorce in all the areas of their life. Therefore, they need to have plans for their future, especially for their children. Having stable finances even after the divorce process is ideal for both parties.

Knowing the marital assets and liabilities will also be helpful before getting a divorce. These assets include pensions, tax returns, investments, and other things that the couple has gained throughout their marriage. Securing copies of these documents over the last three years will be necessary in the divorce process. Asking for the lawyer’s advice regarding this matter will be more beneficial than if the couple were to attempt this task on their own.

The process of divorce also requires one to be familiar with one’s legal rights and obligations. In addition, the decisions that the individuals will make will be aided by their knowledge on legal matters. Therefore, a lawyer will be necessary in making informed decisions that will have effects in the case, as well as in the individual’s life after a long run. Individuals going through a divorce should avoid any attempt at bribery or blackmail. Also, if one is to engage in his/her own investigation, it is important to remember to collect evidence that is not against the law. For instance, even if a taped phone conversation could be evidence against a partner, it would not be honored because of the legal considerations. Asking the lawyer what is and isn’t appropriate will be a proper step before conducting an investigation or presenting any evidence.

Because the lawyer will play a crucial role during the divorce process, researching for the most experienced lawyer is necessary before deciding to hire one. A good lawyer will give the proper advice in solving the case; after going through the details of the situation, the lawyer can also show the possibilities of the result of the case, and the legal actions that can be taken toward that result. He can also give insights regarding how the procedure will take place, and the things and responsibilities that are to be expected. He will also assist  in the preparation of all the legal documents that will support the case.

Because of this significant role that the lawyer plays in a divorce, hiring the best lawyer is vital. When researching for a lawyer, it is best to look for lawyers who have handled other divorce cases that will serve as their references for dealing with the situation at hand. Interested parties should visit www.okcdivorcelaw.com if they are looking for a professional, experienced, divorce lawyer who can best handle their case during this sensitive time.

Divorce is a tedious process that has major impacts on different areas of the couple’s lives. Being prepared financially, physically, psychologically, and emotionally will be essential before going through the process. It is advisable to look for emotional support as well as legal help to be more prepared for the situation.