What does it cost to get divorced? 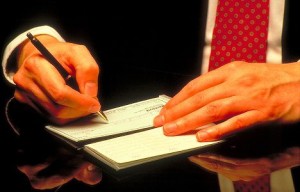 In today’s society, divorce is prevalent, as is the rise of the divorce attorney. For one reason or another, people simply do not take marriage as seriously as they did in past decades. It is hard to say whether people are marrying for the wrong reasons, or if they just do not see the seriousness in taking a vow before family, friends, and God, or whomever they recognize as a higher power in their life.

Different cultures also believe in different things when it comes to divorce. In some places, divorce is punishable by death; in other places, men are allowed to have multiple wives. However, in the United States, having multiple wives is against the law, so a man must divorce one wife before he can marry the next, or vice versa, and in this case, the husband and wife will each need a divorce attorney. Forty to fifty percent of couples married in the United States are divorced, which means nearly half of the nation has needed a divorce attorney. In different regions of the United States, the divorce rate also varies. In Northeastern states, there is a lower marriage and divorce rate, but in Southern states, there is a higher marriage and divorce rate.

There are also two different types of divorce: a no fault divorce, in which no one is blamed for the divorce and it is handled in a timely manner, and an at fault divorce, in which the opposing party has to prove that their spouse is guilty of adultery, desertion, or cruelty. The average length of marriages in the United States is eleven years, and ninety percent of divorces are settled out of court. In each case, a skilled divorce attorney is necessary to protect the client along with his or her assets. The state of Oklahoma has the highest divorce rate in the United States. Thirty-two percent of Oklahoman adults who have been married have also been divorced, so an Oklahoma divorce attorney stays very busy with all of the Oklahoma City divorce cases. In addition to the multiple effects divorce has, it can also be expensive.

Oklahoma City divorce rates range from $176 to $186 to file. This cost does not include the Oklahoma divorce attorney fee, cost for the process server, mailing cost, transcript fees, and other court fees; these fees all depend on various deciding factors. Oklahoma was the first to introduce the no fault divorce. This policy was implemented in 1953, which prompted other states to follow; California followed in 1969, and New York was the last to follow in 2010. In order to receive an Oklahoma City divorce, you must be a resident for more than six months.

The process of the divorce can take anywhere from ten to ninety days; there is also a stipulation which states that one cannot remarry for six months after the divorce, so it is easy to see how an Oklahoma divorce attorney would be needed. Even though divorce seems so popular and easy to do, people must still remember that vows have been taken and should be honored. With divorce being so common, a lot of people are deterred from being married. Many people like to take longer to make things official, while others jump the gun and marry quickly.

However it is done, the divorce rate remains high, and successful marriages are a thing of the past in most cases. Every marriage in Oklahoma does not end in divorce and divorce attorney fees and every marriage across the United States does not end that way either. However, if you or anyone you know is in the unfortunate situation of going through an Oklahoma City divorce, the fees, stress, and decisions do not have to be faced alone. Contact Oklahoma City divorce attorney Lawrence Goodwin, a veteran attorney regarding the laws of Oklahoma in divorce, family court issues, and the like, at www.okcdivorcelaw.com.